1 Healthengine Contact
Healthengine
HealthEngine is transforming the way Australians access and use healthcare services. Established in 2006 to connect patients and practitioners with healthcare professionals, HealthEngine has since become Australia's #1 online health destination. Our website and smartphone app help patients navigate Australia's complex health system while providing practitioners with technology to improve the patient experience. We're a fast-moving start-up, where change is the status quo. Our ideas make a big difference, but we'd love your brains on the job too. To view our open opportunities go to careers.healthengine.com.au
Information Technology and Services
50 - 200
Leederville, Western Australia, Australia
Share Buyer Info
Copy Link
Sign Up to view all Healthengine contacts and reviews!
About

HealthEngine is transforming the way Australians access and use healthcare services.

Established in 2006 to connect patients and practitioners with healthcare professionals, HealthEngine has since become Australia's #1 online health destination.

We're a fast-moving start-up, where change is the status quo. Our ideas make a big difference, but we'd love your brains on the job too. To view our open opportunities go to careers.healthengine.com.au

Google Conversion Trac...
This free tool in AdWords can show you what happens after customers click your ad (for example, whether they purchased your product, called from a mobile phone or downloaded your app).

Adobe Target Standard
Digital marketing and A/B testing product from Adobe and a part of the Adobe Marketing Cloud.

Google Analytics Enhan...
Lets you see separate information for multiple links on a page that all have the same destination.

Pardot
Contains a host of products for marketing automation. Owned by Salesforce.

Google Optimize 360
Test different variations of a website and then tailor it to deliver a personalized experience that works best for each customer and for your business.

Amazon
This site is hosted on Amazon AWS EC2 Infrastructure.

Modernizr
Modernizr allows you to target specific browser functionality in your stylesheet.

Lightbox
Lightbox JS is a simple, unobtrusive script used to overlay images on the current page. It's a snap to setup and works on all modern browsers.

CryptoJS
CryptoJS is a growing collection of standard and secure cryptographic algorithms implemented in JavaScript using best practices and patterns.

Fancybox
FancyBox is a tool for displaying images, html content and multi-media in a Mac-style "lightbox" that floats overtop of web page.

CloudFront
Amazon CloudFront is a web service for content delivery. It integrates with other Amazon Web Services to give developers and businesses an easy way to distribute content to end users with low latency, high data transfer speeds, and no commitments.

PHP
PHP is a widely-used general-purpose scripting language that is especially suited for Web development and can be embedded into HTML.

MailChimp SPF
This site has an SPF record for MailChimp managed email sending.

Pardot Mail
This domain's email system is managed by Pardot. Owned by Salesforce.

Mobile Non Scaleable C...
This content is formatted for mobile devices, it does not allow the content to be scaled.

Google Webmaster
Webmaster tools provide you with a free and easy way to make your site more Google-friendly.

Amazon S3 CDN
Amazon S3 is storage for the Internet. It is designed to make web-scale computing easier for developers.

Careers
The website contains a link to a careers / job opportunities / work with us style page.
Show Less
Show All
Mobile App Data
MixRank is the most comprehensive database of mobile apps, developers, SDKs, technologies, services, and integrations. Learn more.

We’re here to make healthcare better by making it easier for you to find, book and manage all your healthcare online. All in one place. Anytime.

HealthEngine lets you take control of your health, allowing you to:
? Find trusted GPs, dentists, physio and more across Australia
? Book appointments 24/7, whenever is convenient for you
? Save all your health providers in one place for faster booking next time
? Find and book Telehealth appointments with online GPs and doctors

We’ve made it easier for you to see your practitioner without leaving the home, safe for you and your family.

Telehealth is an appointment on phone or video, you’ll speak to your practitioner over secure HealthEngine video, regular phone, or by using Facetime, WhatsApp or Skype (dependent on the practice set up).

Many health issues can be solved through Telehealth and it’s a great pre-screener to touch base with your healthcare practitioner. Sometimes, the practitioner will need to see you in person and ask you to come in for a follow up appointment, or provide you with the next steps. 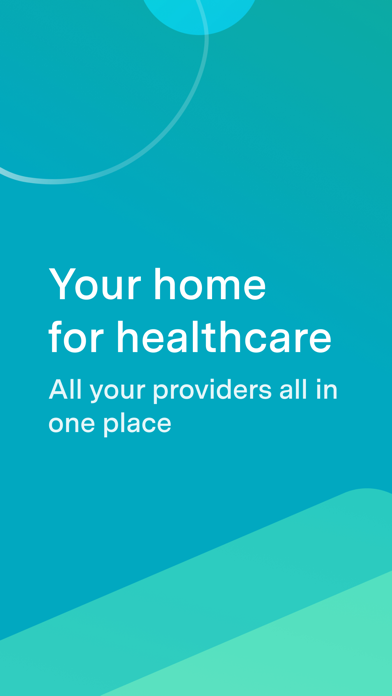 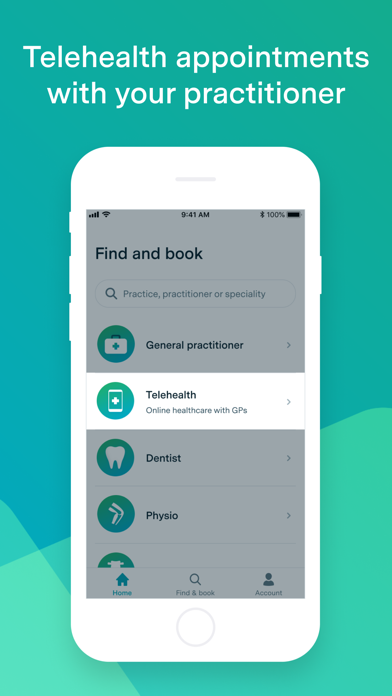 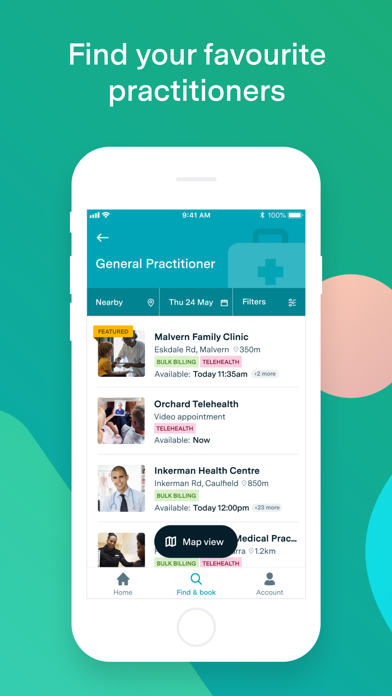 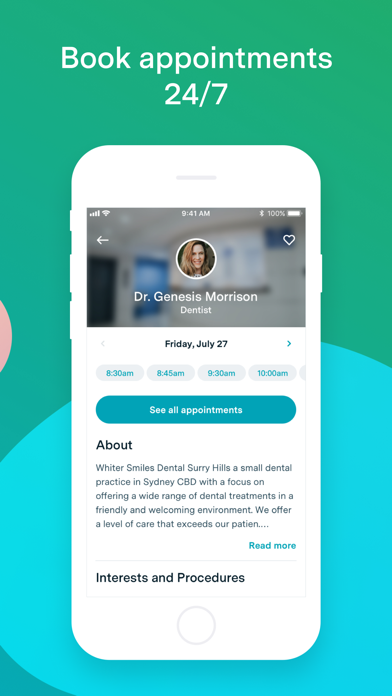 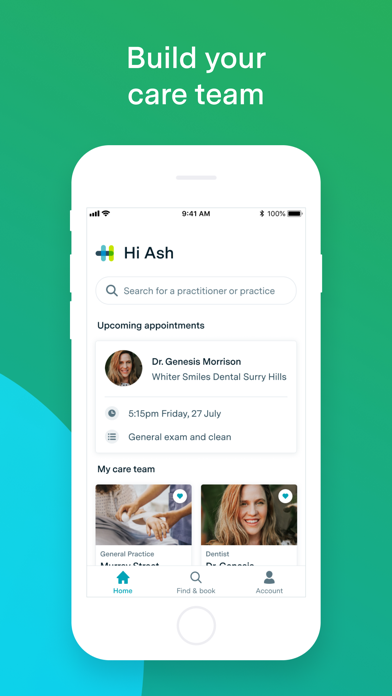 So easy to make a booking with my doctor. I could see all his available times and just tap the one I wanted. It even offered to add it to my phones calendar after I made the booking. Love it!

Don't appreciate being questioned about not I have health insurance when trying to book a doctors appointment ??

So incredibly easy to use!

I just used this for the first time and it was so much easier than a phone call. Will definitely use again.

So easy to use. Particularly like that you can choose to see appointments per doctor, or for all doctors available, within each practice. Also sends out notifications which help when you book in advance! ??

What a great little app. No more wasting time calling and trying to match up calendars. See your GPs availabilities whenever you please. Another app to increase my efficiency.

Very useful and easy to use

I've been using the app for quite some time and it always worked well no issues whatsoever.
Show More 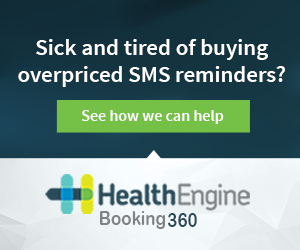 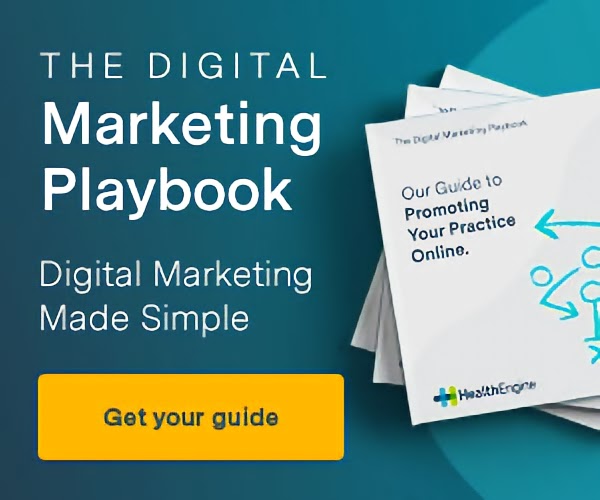 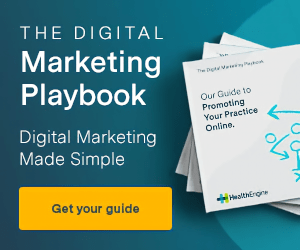 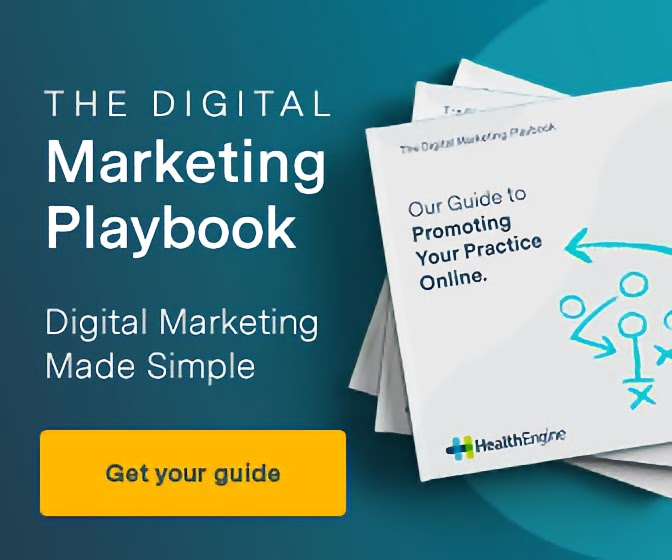 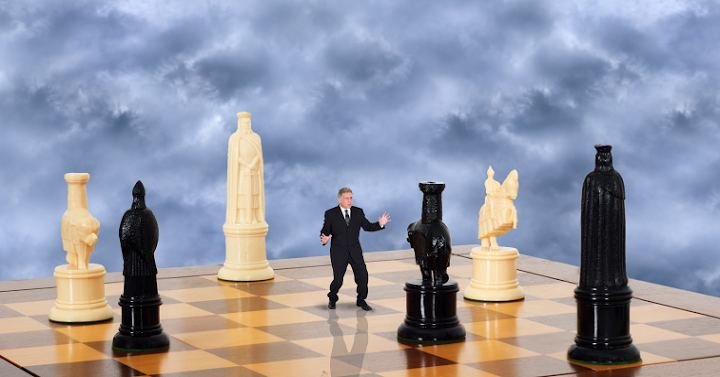 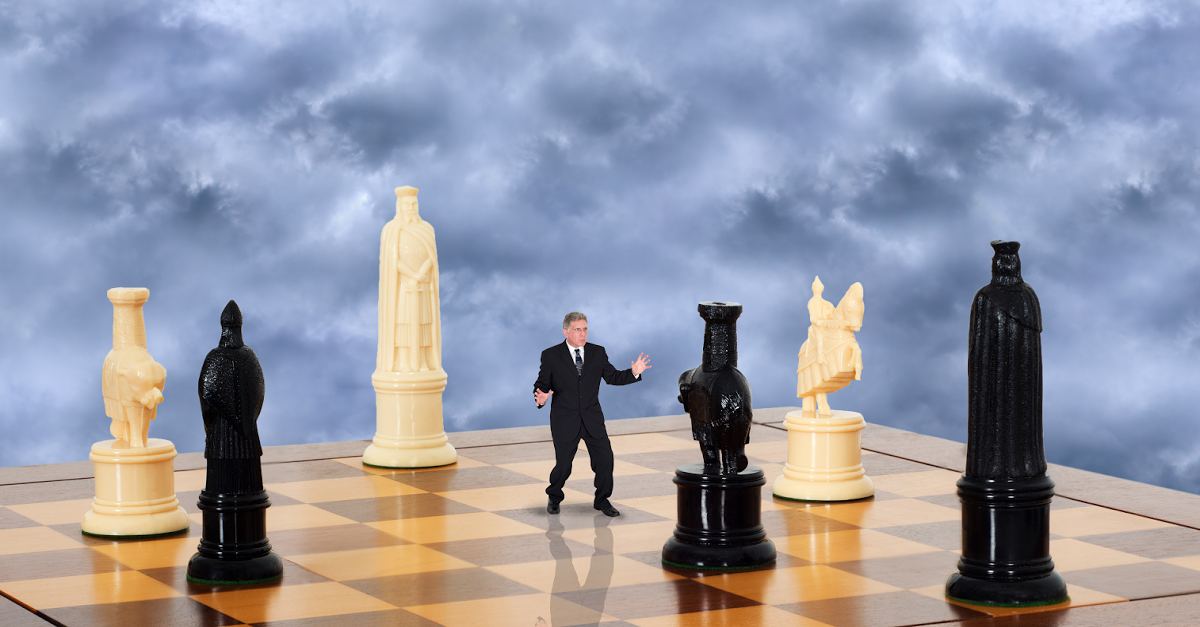 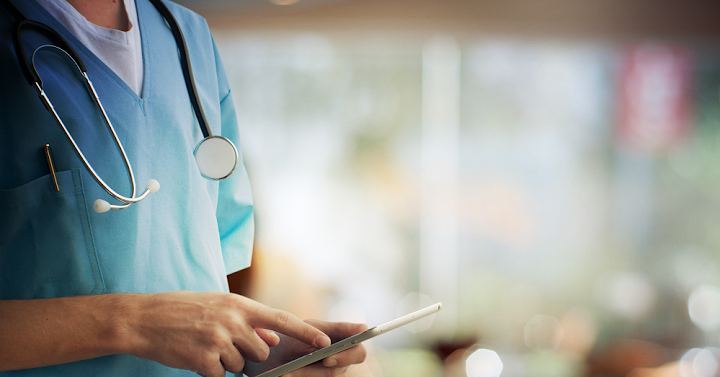 Device
Desktop
Dimensions
other
Social Data
Healthengine
Nonprofit Organization
Much like everyone throughout australia and the rest of the world, healthengine employees have shared the heartbreak ...
2 Likes
0 Comments
0 Shares
0
0
0
4
0
0
2
1
0
Healthengine is excite...
16
0
0
Healthengine
We’re Australia’s #1 healthcare booking destination. We help over 1 million Australians every month to connect with their preferred healthcare practitioners.
We're excited to announce our involvement in the gp urgent care network in wa! hop on over to our press centre to rea...
1
0
0
Important developments...
0
0
1
We're excited to annou...
10
0
1
1 million bookings in ...
14
0
0
Meet darius, co-founde...
4
0
0
Show Less
Show More
Healthengine receives up to 0.61M pageviews per day, in countries such as India, United States, Australia, Canada.

Sign Up to view all Healthengine Advertising & Marketing Contacts!