Viber freely connects users around the world with each other, helping them send good vibes every day and make great things happen! With more than 900 million people on the platform, Viber gives people all over the world the ability to connect in the way that works best for them, whether that’s through one-on-one messaging or group chats, voice or video calls or following brands and celebrities on Public Chats. Viber can be used on iPhone?, iPad?, Apple Watch?, Android? phones and tablets, Windows Phone 8, Windows 10?, Mac, and Linux devices over data or Wi-Fi connections.

Rakuten, Inc. is one of the world’s leading Internet services companies. They provide a variety of products and services for consumers and businesses, with a focus on e-commerce, finance, and digital content. Since 2012, Rakuten has been ranked among the world’s ‘Top 20 Most Innovative Companies’ in Forbes magazine’s annual list. Rakuten is expanding worldwide and currently operates throughout Asia, Europe, the Americas and Oceania. Founded in 1997, Rakuten is headquartered in Tokyo, with over 14,000 employees and partner staff worldwide.

Fyber Reseller
The website owner has authorized another entity to control Fyber ads on this site.

ContextWeb Reseller
The website owner has authorized another entity to control ContextWeb ads on this site.

AppNexus Reseller
The website owner has authorized another entity to control AppNexus ads on this site.

SpotXChange Reseller
The website owner has authorized another entity to control SpotXChange ads on this site.

PubMatic Reseller
The website owner has authorized another entity to control PubMatic ads on this site.

Tremor Video Reseller
The website owner has authorized another entity to control Tremor Video ads on this site.

Taboola Reseller
The website owner has authorized another entity to control Taboola ads on this site.

AOL Reseller
The website owner has authorized another entity to control AOL ads on this site.

IndexExchange Reseller
The website owner has authorized another entity to control IndexExchange ads on this site.

OpenX Reseller
The website owner has authorized another entity to control OpenX ads on this site.

Mailgun
Mailgun is a set of APIs that allow you to send, receive, track and store email effortlessly.

DMARC
A technical specification created by a group of organizations that want to help reduce the potential for email-based abuse
Show Less
Show All
Mobile App Data
MixRank is the most comprehensive database of mobile apps, developers, SDKs, technologies, services, and integrations. Learn more. 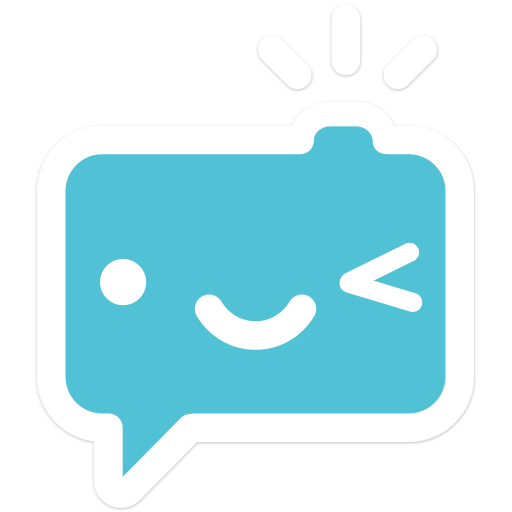 Some moments are meant to be shared only once, then forgotten. Forever! Take your picture or video with Viber Wink, set a time limit for it, then share with your friends on Viber. Once the recipient has seen your message it will disappear - unless they take a screenshot of course ;)

Android API
All APIs for communicating with the Android system.

Google Analytics
The Google Analytics SDK for Android makes it easy for native Android developers to collect user engagement data from their applications. Developers can then use the Google Analytics reports to measure: The number of active users are using their applications. From where in the world the application is being used. Adoption and usage of specific features. Crashes and exceptions. In-app purchases and transactions. And many other useful metrics... The Google Analytics SDK also gives you the tools to monitor the success of mobile marketing campaigns. Connect user interactions with paid ads, Google Play downloads, and subsequent in-app usage and Ecommerce transactions. Google Analytics provides a powerful platform to measure and optimize all of your application marketing efforts.
Google Authorization
Google Play services offers a standard authorization flow for all Google APIs and all components of Google Play services. In addition, you can leverage the authorization portion of the Google Play services SDK to gain authorization to services that are not yet supported in the Google Play services platform by using the access token to manually make API requests or using a client library provided by the service provider.
Google Cloud Messaging
Google Cloud Messaging for Android (GCM) is a service that allows you to send data from your server to your users' Android-powered device, and also to receive messages from devices on the same connection. The GCM service handles all aspects of queueing of messages and delivery to the target Android application running on the target device. GCM is completely free no matter how big your messaging needs are, and there are no quotas.

Google Mobile Ads
The Google Mobile Ads SDK is the latest generation in Google mobile advertising featuring refined ad formats and streamlined APIs for access to mobile ad networks and advertising solutions. The SDK enables mobile app developers to maximize their monetization on Android, iOS, and Windows Phone 8.
Google Play Game Services
Make your games social with Google Play game services. Add achievements, leaderboards, real-time multiplayer, and other popular features using the Google Play game services SDK. Let players sign in using their Google+ identities and share their gaming experience with friends. Visit developers.google.com/games/services for more information about integrating game services into your app.
Google Play Services
Google Play Services give your apps more features to attract users on a wider range of devices. With Google Play services, your app can take advantage of the latest, Google-powered features such as Maps, Google+, and more, with automatic platform updates distributed as an APK through the Google Play store. This makes it faster for your users to receive updates and easier for you to integrate the newest that Google has to offer.

Google Sign-In SDK
Google Sign-In is a secure authentication system that reduces the burden of login for your users, by enabling them to sign in with their Google Account—the same account they already use with Gmail, Play, Google+, and other Google services. Google Sign-In is also your gateway to connecting with Google’s users and services in a secure manner. You can give your users the opportunity to pay with Google Pay, share with their Google-wide contacts, save a file to Drive, add an event to Calendar, and more. Integrate Google’s user-centric APIs and services inside your app to help your users take action and convert.

Google Tag Manager
Google Tag Manager enables developers to change configuration values in their mobile applications using the Google Tag Manager interface without having to rebuild and resubmit application binaries to app marketplaces. This is useful for managing any configuration values or flags in your application that you may need to change in the future, including: * Various UI settings and display strings * Sizes, locations, or types of ads served in your application * Game settings Configuration values may also be evaluated at runtime using rules, enabling dynamic configurations such as: * Using screen size to determine ad banner size * Using language and location to configure UI flags Google TagManager also enables the dynamic implementation of tracking tags and pixels in applications. Developers can push important events into a data layer and decide later which tracking tags or pixels should be fired. TagManager currently supports the following tags: * Google Mobile App Analytics * Custom Function Call tag
Data sourced from MixRank, the most comprehensive database of mobile apps, developers, SDKs, technologies, services, and integrations. Learn More.
Social Data
Viber
We connect over 1 billion people freely & securely, whoever they are & wherever they're from. Express yourself! Your privacy matters:
Yeah. violet is definitely feeling 2020. ? #2020challenge
1.18 K Likes
61 Comments
#happyfathersday
1.18 K Likes
111 Comments
When you miss basketba...
1.1 K Likes
53 Comments
?#healthcareheroes ??? ...
2.04 K Likes
52 Comments
?#healthcareheroes ??? ...
882 Likes
54 Comments
Viber
Product/Service
Easily set reminders on viber with my notes ????no more switching between apps, all your messages and reminders are in ...
116 Likes
18 Comments
0 Shares
Enough dreaming, start...
126
18
0
???? #icymi - here’s eve...
138
42
0
Your secrets are safe ...
144
53
0
How fast is viber? thi...
180
32
0
Viberapp
Viber offers the world’s best communication experience. Join over one billion users worldwide and connect freely and securely with friends, family and coworkers no matter who they are or where they are from. Get access to a range of features including one-on-one chat...
Viber
Viber connects over 1 billion users freely and securely, no matter who they are or where they are from. Download:
Test your community or group members easily with quiz mode in polls. whether it’s for school or a fun trivia night, e...
12
0
1
Learn how to make the ...
6
0
1
12
3
1
22
5
5
32
1
3
Show Less
Show More
Ads.txt
Ad Exchange
Type
Publisher ID
Certification ID
yahoo.com
direct
1523421
outbrain.com
direct
0081da8468bffe9720d23ec4e23a0a652d
appnexus.com
reseller
7597
f5ab79cb980f11d1
smaato.com
direct
1100027775
pubmatic.com
direct
31400
appnexus.com
direct
7729
rubiconproject.com
direct
16660
spotxchange.com
direct
207009
7842df1d2fe2db34
spotx.tv
direct
207009
7842df1d2fe2db34
google.com
direct
pub-6892842243138555
rmp.rakuten.com
direct
300709
Show More
Show All
Files
Viber Media advertising reaches 33.1M visitors across desktop and mobile web, in countries such as Ukraine, Russia, Philippines, United States. Pricing models they offer are CPM on channels such as Display, Mobile, Native, Social, Video, Display, Email Advertising on Viber Media will allow you to reach consumers in industries or verticals such as Energy and Utilities, Non-Profit, Retail, eCommerce, Health & Beauty, Food & Beverage, Travel & Leisure, Entertainment, Clothing & Fashion, Dating, Education, Telecommunications, Gaming, Technology, Sports, Financial Services, Automotive, Consumer Packaged Goods, Healthcare; you can target them with parameters such as: Demographics, Device Geography, Gender, Age Group, Platform, Retargeting.

Sign Up to view all Viber Media contacts and reviews!