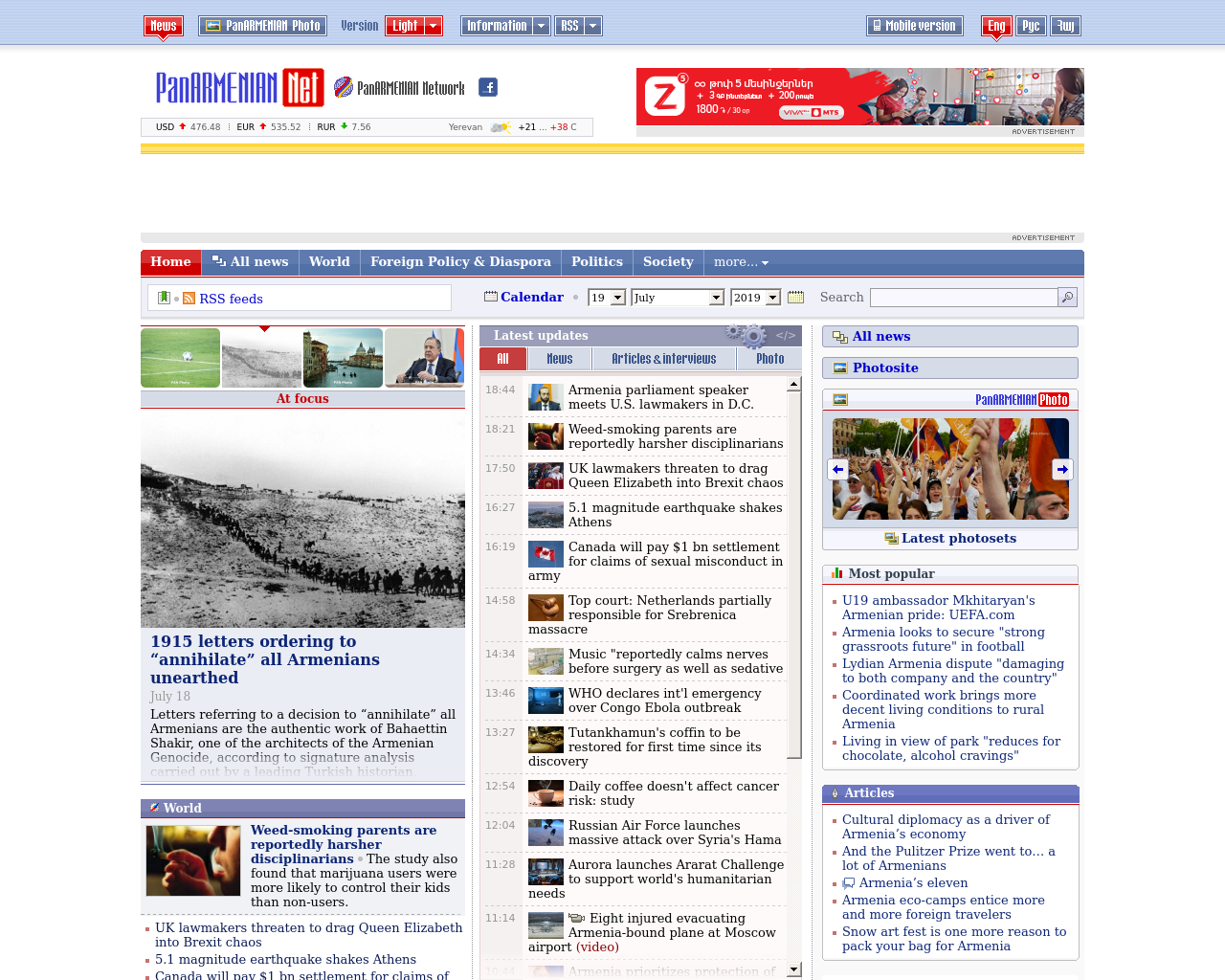 PanARMENIAN.Net (PAN) is a media production company that is the founder of the first Armenian online news agency and news website PanARMENIAN.Net. It is one of the most popular Armenian information resources worldwide for already 14 years.

PAN Agency and website have been repeatedly noted for the reliability and unbiased content, receiving national awards, including Freedom of Information Center's Golden Key to the best media agency covering FOI issues. Since 2010 PanARMENIAN runs a citizen journalism platform called PANreport and a political cartoon page through grant support from UNESCO Office in Moscow (IPDC program) and the Eurasia Partnership Foundation.

PAN Photo Agency (est. 2009) is the leading news & creative photography agency in Armenia with its coverage, efficiency, level of expertise, diversity and recognition. It does not only cover all major social-political, business, cultural and sports events from inside the country, but also from all around the world thanks to its international photographers and partners.

PAN Photo is the official photo representative for RA Government and President’s Office.

They are headquartered at Yerevan, Armenia, and have 1 advertising & marketing contacts listed on Thalamus.

Sign Up to view all PanARMENIAN contacts and reviews!

They are headquartered at Yerevan, Armenia, and have 1 advertising & marketing contacts listed on Thalamus.