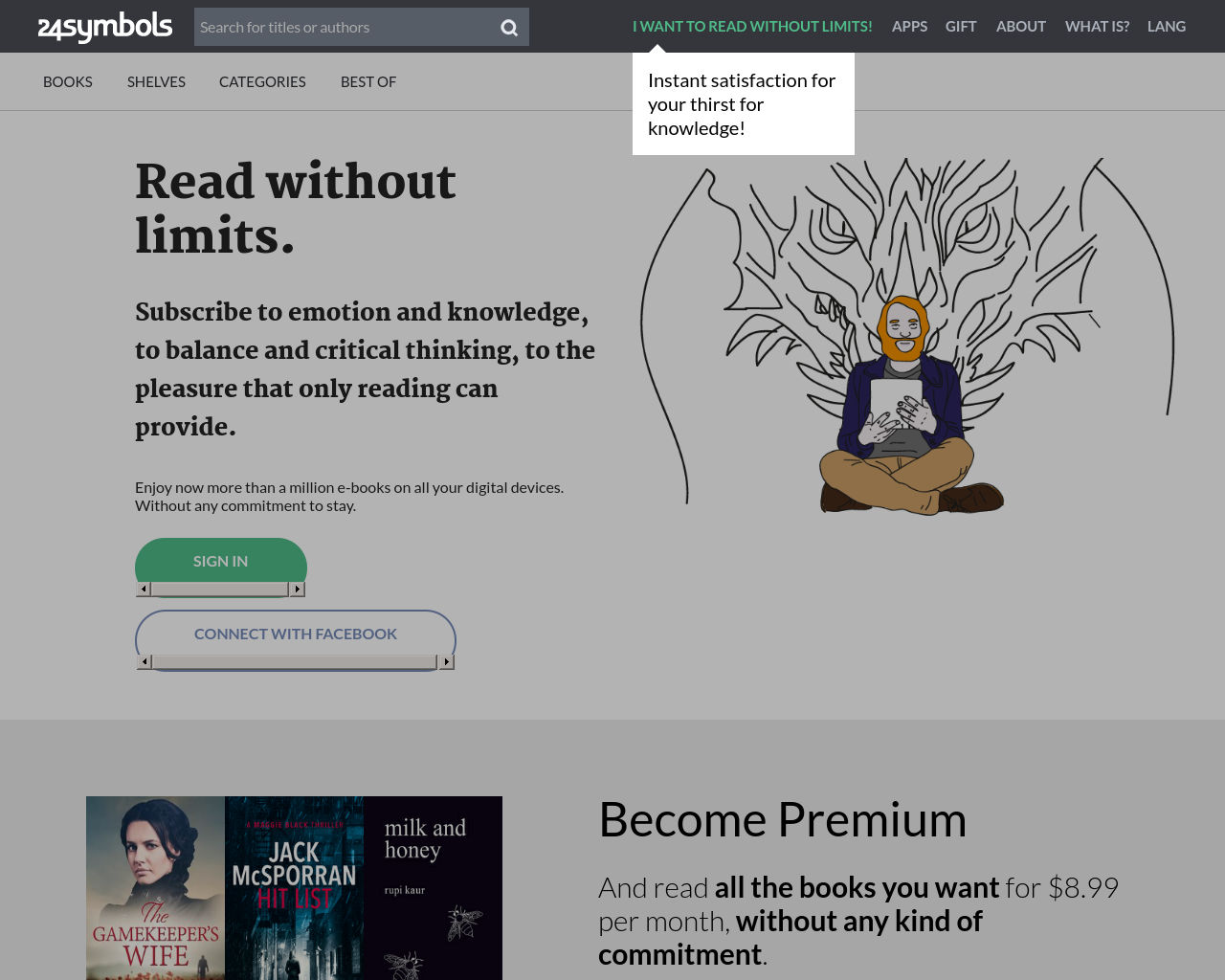 24symbols is a subscription service to read and discover digital books that works on any device.

24symbols is to books what Spotify is to music or Netflix to movies.

24symbols is a multi-device, multi-publisher service that enables users to read and discover digital books on the cloud (i.e. no book download is required).

Access a world of books! 24symbols is a service to read digital books in English, Spanish,
German and many other languages. Fiction, essays, thrillers, poetry, business books and
many more. Read wherever you are from your smartphone, tablet or computer.
?
24symbols is a no limit service, read what you want, when you want from where you want. In
exchange for a small monthly fee, you can read all the books from a catalog of over one
million titles on any device (smartphone, tablet, computer or e-reader with a web browser)
and download them into your app for offline reading.
?
No compatibility or format issues, just find the titles you need in a single click. Create
bookshelves, organize and manage your e-books with absolute freedom, make your dream
library come true. Update your history as a reader, share what you have read, what you are
reading or what you will read building a true social network of readers just like you.
?
With your subscription you will be able to read the complete 24symbols catalog without any
restriction. The subscription has no commitment to stay, you can cancel anytime. You can
also use 24symbols for free with no subscription, but you will only be able to read books
marked as free in our catalog and the initial pages of the rest, but you will not be able to read
the latter completely. So, what are you waiting for to sign up? Follow other readers and look
out for new discoveries: you never know what your next favorite book will be, what new
authors you can come across... or what’s the next story that will make you catch your breath!
?
Enjoy a catalog of more than one million titles, and constantly growing! Search and discover
new readings among endless literary genres: classics, new releases, best-sellers, cookbooks,
business management books and many more and read as much as you want. Go ahead, find
that unexpected book you were longing for!

Terms and Conditions
?
- You will be billed the monthly subscription fee automatically each month until you
cancel the subscription. 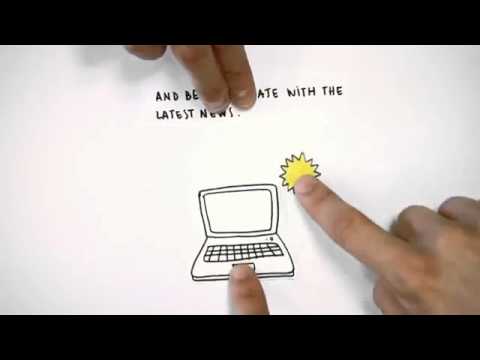 Google Sign-In SDK
Google Sign-In is a secure authentication system that reduces the burden of login for your users, by enabling them to sign in with their Google Account—the same account they already use with Gmail, Play, Google+, and other Google services. Google Sign-In is also your gateway to connecting with Google’s users and services in a secure manner. You can give your users the opportunity to pay with Google Pay, share with their Google-wide contacts, save a file to Drive, add an event to Calendar, and more. Integrate Google’s user-centric APIs and services inside your app to help your users take action and convert.

Google Search
The collection of search and search related APIs in Google's Android GMS framework.
DoubleClick
DoubleClick is the ad technology foundation to create, transact, and manage digital advertising for the world's buyers, creators and sellers. Available for iOS and Android

Google Mobile Ads
The Google Mobile Ads SDK is the latest generation in Google mobile advertising featuring refined ad formats and streamlined APIs for access to mobile ad networks and advertising solutions. The SDK enables mobile app developers to maximize their monetization on Android, iOS, and Windows Phone 8.
Google Play Game Services
Make your games social with Google Play game services. Add achievements, leaderboards, real-time multiplayer, and other popular features using the Google Play game services SDK. Let players sign in using their Google+ identities and share their gaming experience with friends. Visit developers.google.com/games/services for more information about integrating game services into your app.
Google Play Services
Google Play Services give your apps more features to attract users on a wider range of devices. With Google Play services, your app can take advantage of the latest, Google-powered features such as Maps, Google+, and more, with automatic platform updates distributed as an APK through the Google Play store. This makes it faster for your users to receive updates and easier for you to integrate the newest that Google has to offer.
Android API
All APIs for communicating with the Android system.
Data sourced from MixRank, the most comprehensive database of mobile apps, developers, SDKs, technologies, services, and integrations. Learn More.
Ad Intelligence
Ads Seen Recently
0
Latest Advertisers
Advertiser Ranking
Longest Running Ad

They are headquartered at Las Rozas, Spain, and have 3 advertising & marketing contacts listed on Thalamus.

Sign Up to view all 24symbols contacts and reviews!

They are headquartered at Las Rozas, Spain, and have 3 advertising & marketing contacts listed on Thalamus.

24symbols works with Advertising technology companies such as DoubleClick.Net, Google Publisher Tag, Google Adsense, Facebook Custom Audiences, Google AdSense Integrator.
This website use cookies to enhance the user experience and analyze performance and traffic on our website. We also share information about your use of our site with our media and analytics partners.
日本日本乱码伦视频在线观看_中文字幕人成乱码在线观看_波多野结衣中文字幕在观线看