CloudFront
Amazon CloudFront is a web service for content delivery. It integrates with other Amazon Web Services to give developers and businesses an easy way to distribute content to end users with low latency, high data transfer speeds, and no commitments.
Show Less
Show All
Mobile App Data
MixRank is the most comprehensive database of mobile apps, developers, SDKs, technologies, services, and integrations. Learn more. 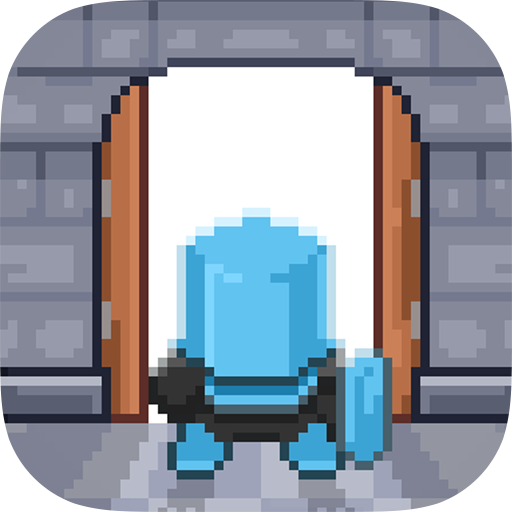 Invite you to the adventure of knights for the Holy Grail.
Follow the coded message by Rune and find the hidden road.
With your wisdom, you could get to the Holy Grail hidden at the edge of the maze.

features
- Free mobile game.
- Easy to play. Move your character by swiping up, down, left, or right the screen.
- 50 stages to play.
- A new kinds of puzzle games decodeing the secret message and solving the maze.
- New puzzle sturucture is generated for each game.
- Compete the record with your friends all over the world.

AdMob Mediation
Android API
All APIs for communicating with the Android system.
DoubleClick
DoubleClick is the ad technology foundation to create, transact, and manage digital advertising for the world's buyers, creators and sellers. Available for iOS and Android
Google Authorization
Google Play services offers a standard authorization flow for all Google APIs and all components of Google Play services. In addition, you can leverage the authorization portion of the Google Play services SDK to gain authorization to services that are not yet supported in the Google Play services platform by using the access token to manually make API requests or using a client library provided by the service provider.
Google Cloud Messaging
Google Cloud Messaging for Android (GCM) is a service that allows you to send data from your server to your users' Android-powered device, and also to receive messages from devices on the same connection. The GCM service handles all aspects of queueing of messages and delivery to the target Android application running on the target device. GCM is completely free no matter how big your messaging needs are, and there are no quotas.

Google Mobile Ads
The Google Mobile Ads SDK is the latest generation in Google mobile advertising featuring refined ad formats and streamlined APIs for access to mobile ad networks and advertising solutions. The SDK enables mobile app developers to maximize their monetization on Android, iOS, and Windows Phone 8.
Google Play Game Services
Make your games social with Google Play game services. Add achievements, leaderboards, real-time multiplayer, and other popular features using the Google Play game services SDK. Let players sign in using their Google+ identities and share their gaming experience with friends. Visit developers.google.com/games/services for more information about integrating game services into your app.
Google Play Location APIs
The location APIs make it easy for you to build location-aware applications, without needing to focus on the details of the underlying location technology. They also let you minimize power consumption by using all of the capabilities of the device hardware.
Google Play Maps
Allow your users explore the world with rich maps provided by Google. Identify locations with custom markers, augment the map data with image overlays, embed one or more maps as fragments, and much more.
Google Play Services
Google Play Services give your apps more features to attract users on a wider range of devices. With Google Play services, your app can take advantage of the latest, Google-powered features such as Maps, Google+, and more, with automatic platform updates distributed as an APK through the Google Play store. This makes it faster for your users to receive updates and easier for you to integrate the newest that Google has to offer.
Data sourced from MixRank, the most comprehensive database of mobile apps, developers, SDKs, technologies, services, and integrations. Learn More.
Social Data
Waplrocks
Wisconsin’s Rock Station
@rossmaxwellwapl : when there’s a cookout for people at work but everyone thinks you’re a jerk and don’t want you th...
23 Likes
6 Comments
Free shipping on all #...
7 Likes
0 Comments
Take a moment today an...
53 Likes
6 Comments
Just remembering a few...
19 Likes
0 Comments
The national bobblehea...
10 Likes
0 Comments
Waplrocks
105.7 WAPL, Wisconsin's Rock Station, is a 100,000-watt employee-owned radio station serving northea...
Remember when the rick and len show ate bugs for valentine's day last year? fun times
5 Likes
0 Comments
0 Shares
Do you plan on grabbin...
4
1
1
Small business owners ...
0
0
0
Contest/dumb ass quest...
0
0
0
Woah!!!!
0
0
0
Waplrocks
Waplrocks
105.7 WAPL, Wisconsin's Rock Station. Streaming live at
Just in case you’ve had your fill of ralphie, clark griswold, george bailey, and even john mcclane...https://twitter....
0
1
0
Have a wonderful day! ...
2
1
0
#trafficreport the 2 l...
1
0
0
Need a last minute chr...
0
0
0
On sale now!!! @hairb...
0
0
0
Show Less
Show More
Ads.txt
Ad Exchange
Type
Publisher ID
Certification ID
google.com
direct
pub-8486167912728266
f08c47fec0942fa0
Show More
Show All
Files
105.7 WAPL advertising reaches 22.7k visitors across desktop and mobile web, in countries such as . Pricing models they offer are CPM on channels such as Display, Mobile, Email, Social Advertising on 105.7 WAPL will allow you to reach consumers in industries or verticals such as .

They are headquartered at Appleton, WI, United States, and have advertising & marketing contacts listed on Thalamus. According to their Ads.txt, 105.7 WAPL inventory partners include: google.com.

Sign Up to view all 105.7 WAPL contacts and reviews!

They are headquartered at Appleton, WI, United States, and have advertising & marketing contacts listed on Thalamus. According to their Ads.txt, 105.7 WAPL inventory partners include: google.com.

105.7 WAPL works with Advertising technology companies such as Openads/OpenX, DoubleClick.Net, Google Publisher Tag, Google Adsense, World Now, Google AdSense Integrator, Ads.txt, Google Direct.
This website use cookies to enhance the user experience and analyze performance and traffic on our website. We also share information about your use of our site with our media and analytics partners.
日本日本乱码伦视频在线观看_中文字幕人成乱码在线观看_波多野结衣中文字幕在观线看